Happy Independence Day!  And what better place to spend it than at the birthplace of the original Stars and Stripes: Betsy Ross’ House in Philadelphia, PA.  If you’re in the Philly area, take a look for yourself.

FOOTNOTES: A Sockumentary traveled to the City of Brotherly Love to shoot footage of Betsy’s actual upholstery workshop in preparation for an episode of the web series.

According to Betsy’s grandson, she “made with her hands the first flag” of the United States.  Legend has it that General George Washington came to her in late spring 1776 to make the request.  What isn’t widely known is that the original design called for six-pointed stars.  Betsy showed that with a few quick snips of her shears, five points were faster and easier to make.

FOOTNOTES owes a lot of thanks to all of the folks at the Betsy Ross House, particularly Lisa Acker-Moulder and Connor Quach, as well as Historic Philadelphia’s Sandy Lloyd. 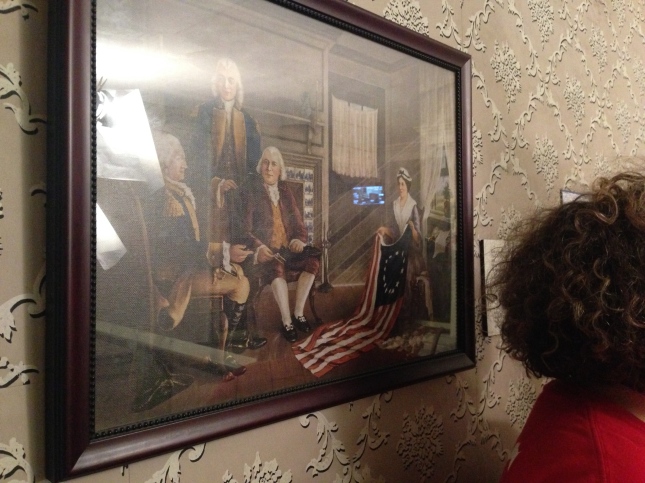